Figure 1. Physical view of a typical Inpeco automated-laboratory system
Each instrument and mechanical component involves a separate software development effort.  Under their old stage gate process, these efforts were carried out in isolation.
In their first attempt, Inpeco tried to institute Agile in all development groups at once—but not all teams were ready to make the change, and the implementation failed.
Still, enough people believed that an Agile approach would help them, so the transition effort started again. They collected success stories from other companies, trained in AAMI TIR 45, and studied how they might adopt an Agile approach in their own unique situation.  Since Agile appeared to be most applicable to software, they started with the software group – but elected to follow a gradual introduction, having gone too fast in the earlier campaign.
Both the QA lead and the software development lead were committed to Agile and worked closely to clarify the ways of working and introduce tooling to reduce manual testing.  In their ways of working, they needed to address risk management (patient and operator safety in their end product). Rather than being an observer in the Agile transformation, Quality Assurance became one of the drivers and worked closely with development to shape the process. Through the risk management effort, the Inpeco teams generated mitigation methods as inputs for software development. In time, they formed a team to work on each specific feature or automation module—a team that included a developer, a tester, and someone from Quality/Compliance.
Like Sanofi, they found the courage to – as a group – admit that their earlier attempt had failed.  They also clarified what the new process should do. The “medicine” that worked for them was to go a bit slower on introducing new practices, and to get creative by re-purposing the customer demo software into a development simulator. That contrasts with what the Sanofi team needed: tighter control over their Agile process which had been too lax.  This makes sense because Inpeco’s main mistake had been to charge ahead too fast on all fronts.
It’s interesting that both teams got themselves back on track by much discussion and consensus-building in the Agile team and those immediately around it.  This makes use of transparency and communication, which are also key for Agile teams.
Courage also appears in other contexts besides process reboot.  Bluefruit Software builds embedded software for clients, and has always used Agile practices exclusively. Bluefruit’s founder and employees – all engineers –  were excellent at responding to technical requests, but their sales process was time consuming and not very productive. Clients were often found by cold calling or connections through engineers.
With the hire of a new dedicated business development director, the sales process at Bluefruit began to get a new level of focus. Caitlin Gould had been consulting with them on business development and growth before becoming an employee. She recalled, “The biggest thing that hit me after I started at Bluefruit is we have a huge amount of training, drilling into us the Agile ideas around feedback loops.” She was referring to the training that the company gives all new employees so they will have a common foundation of Agile knowledge.  As she looked at the existing sales process (figure 2), it became clear to her that it didn’t line up with Agile concepts at all.
In brief, their process had the engineers doing a lot of speculative work in order to create a detailed proposal up front of how they’d address the client’s needs.  As she looked into failed sales attempts, it was obvious that these big leaps of assumptions were a key factor. 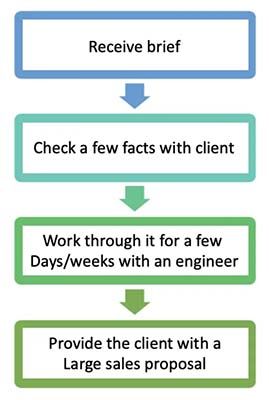 Figure 2 The company’s sales process before making changes
Gould introduced several new ways to break up the sales process to introduce more feedback loops. She experimented, in a number of different ways, qualifying clients, adding more value, or discoveing new client needs.  For example, they found that medical device clients placed a high premium on the quality that Bluefruit built in from scratch through practices like TDD.  One change they made was to explain TDD’s benefits early to potential clients; some didn’t realize that they would not need to do testing after Bluefruit delivered the contracted software.  They could just take over running the automated test suite.
The upshot of the experiments and investigations she guided was that the company more than tripled their closes per year while generating fewer proposals per year, spending far less technical lead time on each proposal, and increasing their profit margin.  Figure 3 shows their new sales process. Figure 4. How software is tested with or without the Quell Relief product hardware present
Jordan Schaenzle, technical lead for much of the NeuroMetrix project, stated, “I could control our app in a simulator and then send a command over a socket to tell the device to go into low battery state and then see the app reflect that change to be sure that it worked. A company that wasn’t focused on test-driven development (TDD) probably would not have made that investment.”
By taking the hardware device out of the testing loop, he could use the simulator software to make the mobile app behave exactly as it would if it received a real ‘low battery mode’ message from the patient’s hardware device. This and other unusual states like interrupted or invalid sensor data can be created readily, and the mobile app software being tested will execute the very same actions as if the real hardware were in that unusual state.
This capability is valuable for documenting risk management processes and demonstrating them for QA, RA, and business stakeholders.
Each of these examples fulfills the principle of “automation with a human touch”, but implements it uniquely to the situation. OpenClinica uses the powerful Cucumber tools for their massive data sets. Inpeco happened to have an in-house app meant to show customers how a set of laboratory instruments would operate together and they saw an opportunity to make it into a simulator for testing their lab automation software.  Atomic Object needed to do thorough testing involving the Quell product’s hardware, so they built a simulation layer to decouple software and hardware.
As Schaenzle commented, companies who are not focused on TDD probably would not have  made the investment in the simulation layer. It takes a considerable investment – in time, tooling, and skill building – to put the foundations in place for autonomation, but the payoff in quality is very high. Truly Agile organizations carefully guard their ability to implement autonomation.
We’ve illustrated only two core principles here, but further cases we’ve explored show others in a variety of contexts. Examples include feedback, respect, communication, transparency, “add nothing but value”, “collaboration based on trust”, to mention a few.  The companies we’ve profiled have applied Agile and Lean principles successfully, by applying the core principles in ways unique to their own circumstances. It would  be tempting to copy one or another of these cases, but understanding the core principles and how they can be applied is the true route to success.

Nancy Van Schooenderwoert is president and principal coach at Lean-Agile Partners. She was among the first to apply Agile methods to embedded systems development. As an engineer, manager, and consultant, she has led Agile change initiatives for software and hardware projects in safety-critical, highly regulated industries, including aerospace, factory automation, medical devices, defense systems, and financial services. She has been coaching Agile teams and managers since 1998.

Brian Shoemaker provides consulting and training in computer system validation, software quality assurance, and electronic records and signatures. He has conducted software validation in a variety of FDA-regulated settings, from the embedded applications driving immunodiagnostics instruments to custom applications for clinical-trial data management. He has also designed and instituted quality systems for software development. Shoemaker is principal consultant for ShoeBar Associates LLC; he earned his Ph.D. in chemistry from the University of Illinois, and has achieved the ASQ Software Quality Engineer certification.

A round-up of last week’s content on InfoQ sent out every Tuesday. Join a community of over 250,000 senior developers. View an example

We protect your privacy.
You need to Register an InfoQ account or Login or login to post comments. But there’s so much more behind being registered.
Get the most out of the InfoQ experience.
Allowed html: a,b,br,blockquote,i,li,pre,u,ul,p

A round-up of last week’s content on InfoQ sent out every Tuesday. Join a community of over 250,000 senior developers. View an example

We protect your privacy.
Focus on the topics that matter in software development right now.
Deep-dive with 64+ world-class software leaders. Discover how they are applying emerging trends. Learn their use cases and best practices.
Stay ahead of the adoption curve and shape your roadmap with QCon Plus online software development conference.
InfoQ.com and all content copyright © 2006-2021 C4Media Inc. InfoQ.com hosted at Contegix, the best ISP we’ve ever worked with.
Privacy Notice, Terms And Conditions, Cookie Policy

Apple has removed Quran Majeed, a popular app for reading the Islamic religious text and other prayer-related information, in China,...